What to expect from the new iPhone (5S/5C) - Rumor roundup 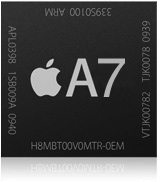