Before we start using wifite, make sure you have a proper wireless card that supports packet injection. If you don’t have one, i would suggest that you buy this card.

Note that there is a bug in Wifite that may or may not be there in your particular version of Wifite. The bug basically doesn’t aireplay-ng to function properly and displays an error like aireplay-ng exited unexpectedly . In order to fix this, you will have to make slight modifications in the code of wifite. You can install gedit (apt-get install gedit) which is a text editor and then edit the wifite python script (found in /usr/bin/wifite) using the steps mentioned here. To open wifite, use the command gedit /usr/bin/wifite. This will open up the source code of wifite. Then replace every occurence of cmd = [‘aireplay-ng’, with cmd = [‘aireplay-ng’,’–ignore-negative-one’,

Wifite can be found under Applications -> Kali Linux -> Wireless Attacks -> 802.11 Wireless Tools. Also, note that if you are running wifite in a different VM than Kali Linux, then you have to make sure that tools like airmon-ng, aireplay-ng, airodump-ng, aircrack-ng are already installed on that system. This is because Wifite is nothing but a wrapper over all these tools. Before we even start using Wifite, it is better to update to the latest version.

In my case, i already have the latest version. In this tutorial, we will be targeting a simple Wifi network with WEP encryption. Just using the command wifite -h will give you a list of all the commands. 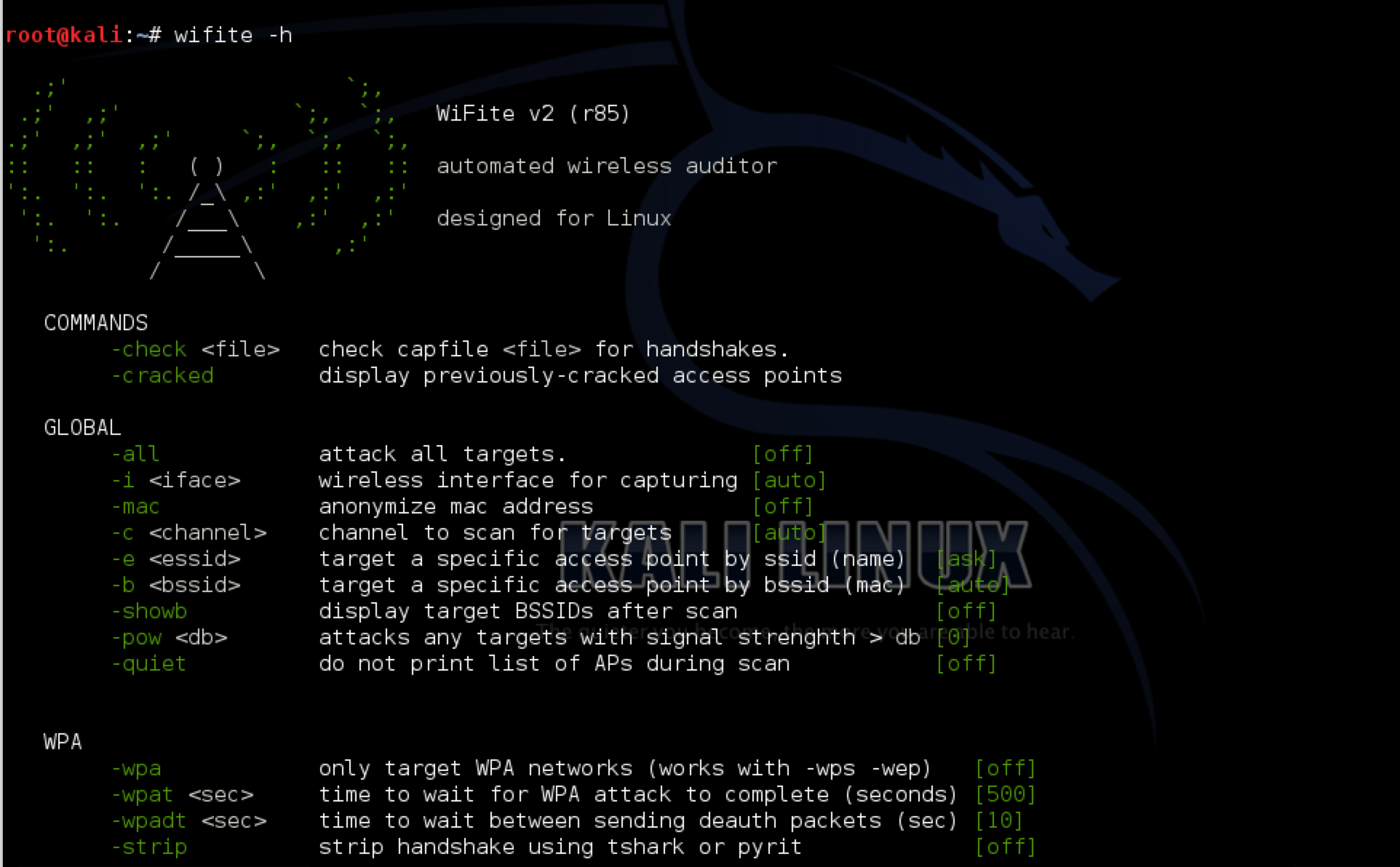 A very tempting option would be -all which tries to attack every network that it finds. We will try it in later articles in this series. However, first lets take a look at all the targets that we have. To do that, use the command wifite -showb

Once this is done, we can see that wifite has put our network interface card into monitor mode (using airmon-ng) and started to look for clients. After a few more seconds, it will start displaying the list of access points.

Note that as it is mentioned in its feature list (automatically de-authenticates clients of hidden networks to reveal SSIDs), this list will also include hidden access points. Hence, wifite can also be used to find hidden access points. In this case we will attack an access point with the BSSID 00:26:75:02:EF:65 that i have set up for testing purposes. The access point has a simple WEP password 1234567890.

To start attacking an access point, just press Ctrl+C. Wifite will now ask you to choose a target number from the list. The target number for my test network is 1, so let me enter that. Note that if you press Ctrl+C again, it will quit Wifite.

Once enough IV’s are being captured, it will automatically start cracking the password.

As we can see, Wifite has successfully figured out the WEP key for the access point. Wifite is an extremely useful tool for cracking wireless networks. As i mentioned previously, you need to have all the tools like airmon-ng, aireplay-ng, airodump-ng, aircrack-ng already installed on your system. To further prove the point, let’s dive into the source code of Wifite. 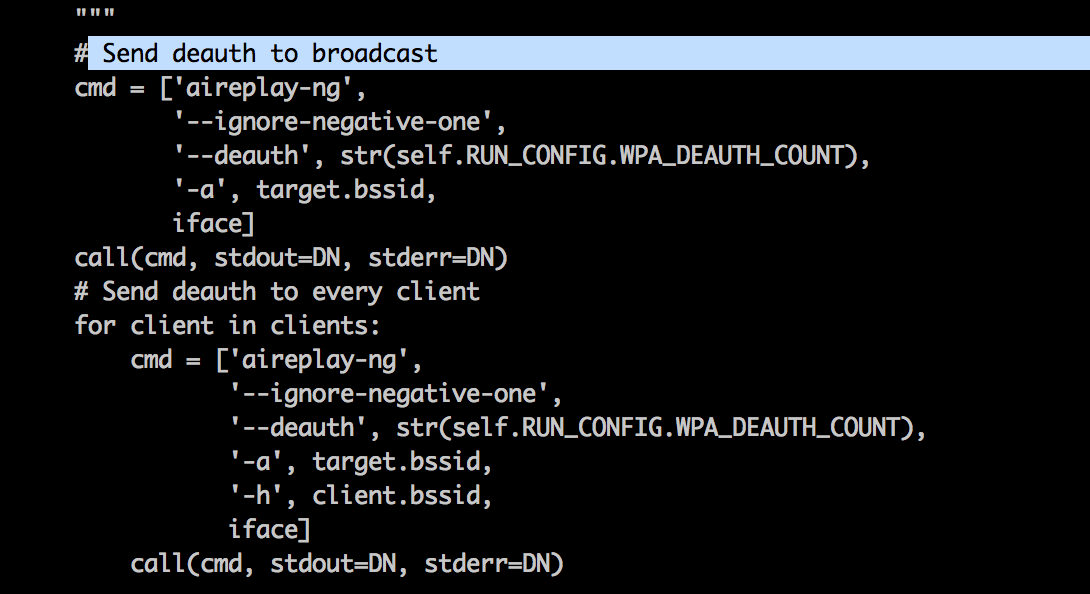 As we can see, the python code has mentions of calling aireplay-ng. Hence, it is recommended to run Wifite inside Kali linux.

In the next article, we will look at some advanced usage options of Wifite.